The Evolution of the Clean Air Act 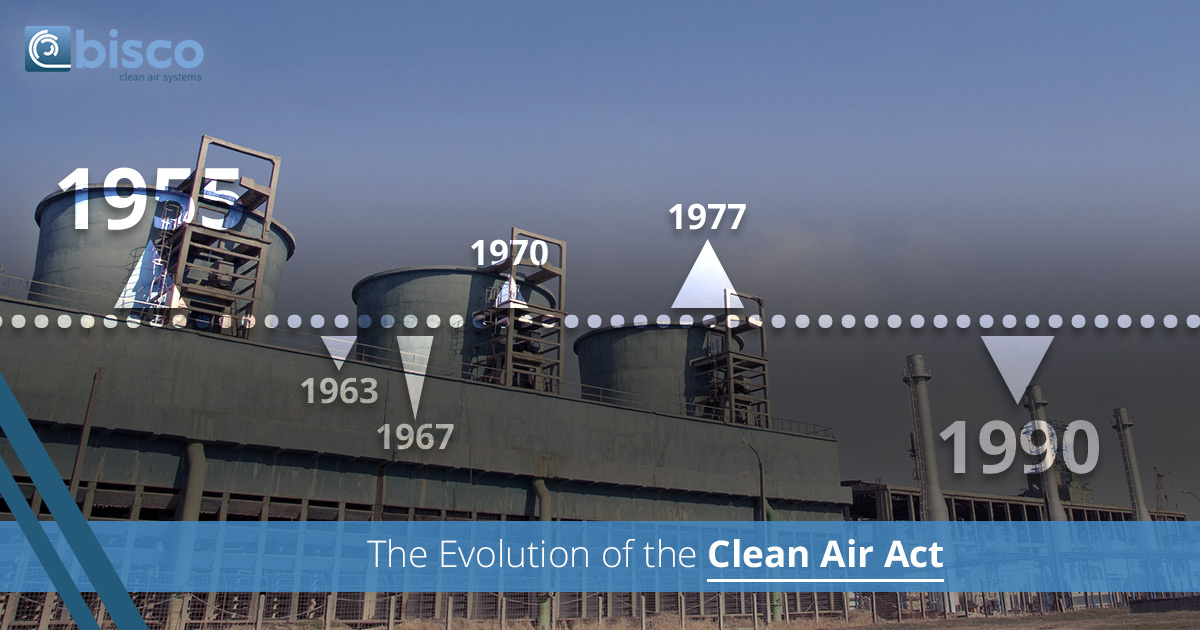 If you work in the manufacturing, welding, or woodworking industry, you’ve likely already heard of the Air Pollution Control Act of 1955. As the first federal legislation involving air pollution, this law was established to monitor and control the amount of air pollution in various processing facilities. While this legislation was modified over the course of several years, it established a federal program within the U.S. Public Health Service to research and authorize techniques for monitoring and controlling air pollution. As a leading provider of air cleaning solutions and dust collection products, the experts at  Bisco Enterprise understand how critical your air cleaning systems are to your business. If you’re unfamiliar with the history of the Clean Air Act of 1970, or you’re interested in learning more about how this law affects your manufacturing business, our specialists are here to clear things up.

The Air Pollution Control Act of 1955

The Air Pollution Control Act of 1955 provided the first funds for federal research in air pollution. In 1970, we saw a major shift in the federal government’s role in air pollution control. The enactment of the Air Pollution Control Act authorized the development of new federal and state regulations in order to limit emission from both stationary or industrial sources, as well as mobile sources. It was during this time that four major regulatory programs were initiated to monitor and control stationary sources of air pollution. 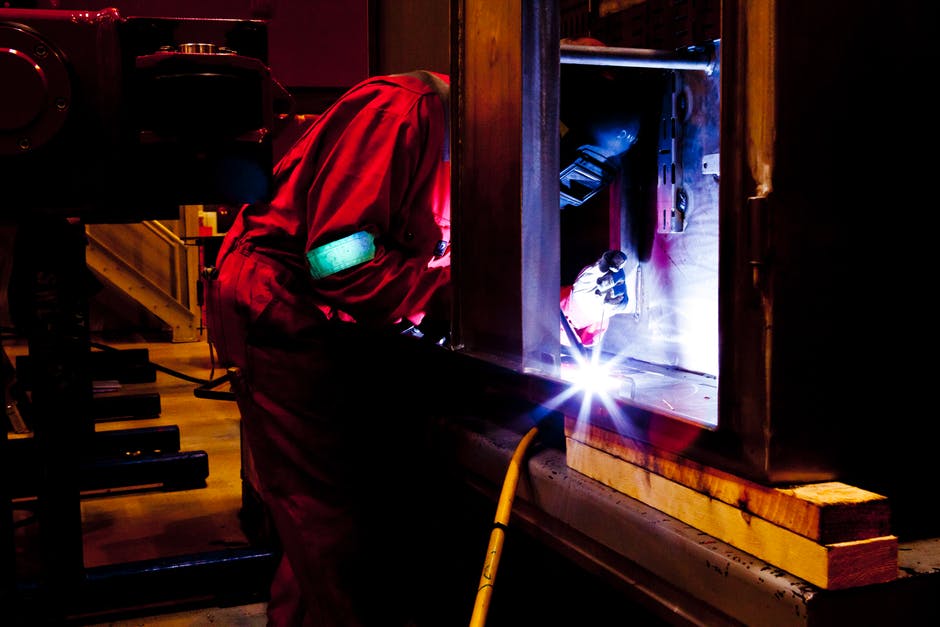 When the Clean Air Act was introduced in 1970, it required the U.S. Environmental Protection Agency (EPA) to set National Ambient Air Quality Standards, also known as NAAQS. These unique air pollution standards were set for four wide-spread pollutants that were considered harmful to both the public and the environment. While these pollutants can come from numerous and diverse sources, including metalworking and medical facilities, the EPA has set NAAQS for six principal pollutants. These harmful and dangerous pollutants include:

The State Implementation Plan or SIP is a federally-enforceable air quality control plan for each state. Ironically, the adoption of this critical legislation occurred during the same time as the National Environmental Policy Act established the U.S. Environmental Protection Agency. This plan identifies how a state will attain and maintain the primary and secondary National Ambient Air Quality Standards listed above. The state and federal roles for developing air quality SIPs can vary, so we’ve created a summary of their responsibilities below.

The State’s Role in an SIP

The EPA’s Role in an SIP

New Source Performance Standards, also known as NSPS, are federal standards adopted by the U.S. Environmental Protection Agency to regulate air emissions created by various types of industrial facilities. All industries that are subject to the NSPS are required to meet certain criteria and general requirements, such as monitoring and record keeping, to ensure they are meeting air quality compliance standards.

National Emission Standards for Hazardous Air Pollutants are stationary source standards put in place for hazardous air pollutants. Hazardous air pollutants (HAPs) are pollutants that are best known or suspected to cause cancer or other serious health issues such as reproductive effects or adverse environmental effects. Those who are subject to NESHAPs are often required to partake in an initial performance test to demonstrate compliance within their facility. They may also be required to install and operate continuous emissions monitors to demonstrate compliance as well. If the EPA visits your manufacturing facility for an air quality inspection, you can expect them to: 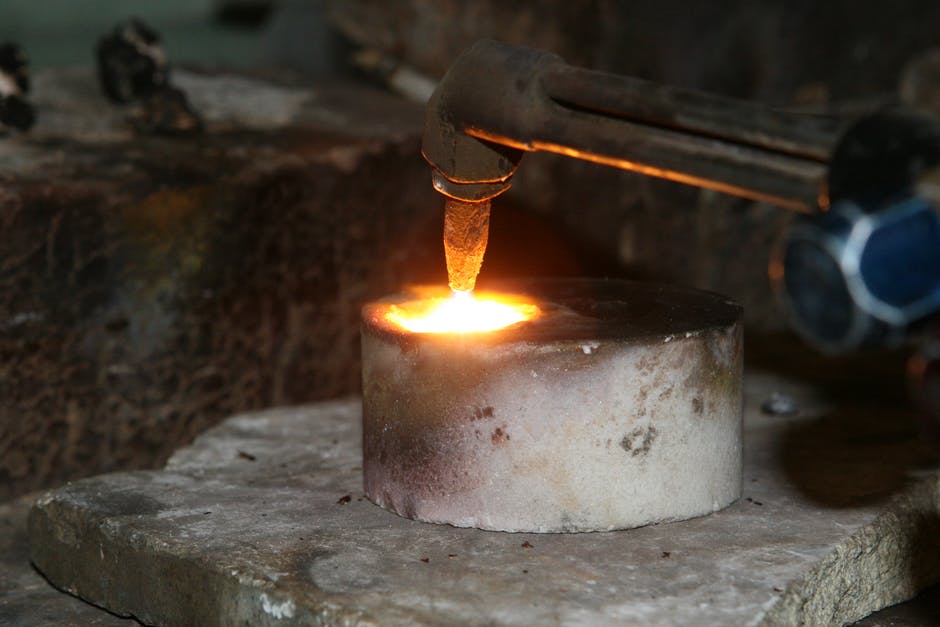 In 1977, major amendments were added to the Clean Air Act. Concerned provisions for the Prevention of Significant Deterioration (PSD) of air quality in areas under National Ambient Air Quality Standards were put under the microscope. In 1977, the Clean Air Act also implemented requirements pertaining to sources of pollution in nonattainment areas for NAAQS. A nonattainment area is a location that does not meet one or more of the federal air quality standards.

In 1990, another set of amendments was added to the Clean Air Act that would increase the authority and responsibility of the federal government. Brand new regulatory programs were put in place to control acid deposition (acid rain), as well as the issuance of stationary source operating permits.

While many principal milestones were created during the various revisitations of the Clean Air Act, below are some of the most noteworthy.

The Air Pollution Control Act of 1955